We’re back and continuing the series we started last week. I realized something after I posted the images last week. I have to edit my headshots with a higher degree of scrutiny if I want them to look as polished as my full lenght portraits.

I started out doing headshots and left them behind for awhile. I know the level to which I used to edit my older shots and I told myself it was no longer necessary. For full-length shots, that’s absolutely true.

For these shots I’m going to show you this week, there has been quite a lot of time put into editing. More so than even last week’s shots. 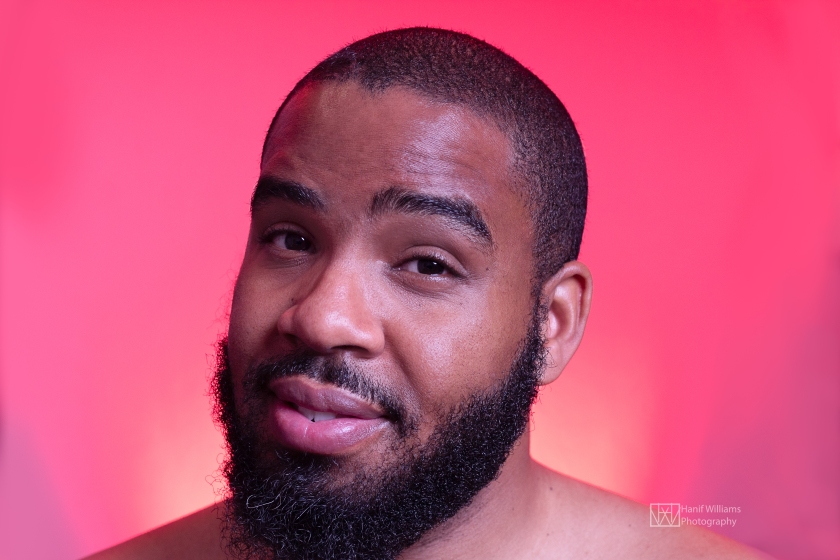 I wanted to round out the week with a high-energy shot. A mood, color and expression to lift your moods as you go into your weekends. How’d I do? What does this shot make you feel? Does the yellow boost your energy a little bit? Is the expression worthy of a “Hanif Williams Photography- Friday” post? 🙂

So I picked up a new flash last week and ordered some sheets so I could start experimenting with gels. Originally, I was just supposed to be familiarizing with myself with the new gear and I was just going to toss the shots afterwards. After I finished up and got the shots on my cpu, I realized that some of them were actually quite good.

So, here you guys go.. A series of self-portraits with gelled strobes. I like this one because it’s almost whimsical in it’s appearance. Look for more of these to come this week!

PS- Now you can all see my mug a little more often. Enjoy! 🙂